On Monday Virgilio Doctor, 52, a taxi driver went to Land Transportation Franchising and Regulatory Board (LTFRB)to file a lawsuit against the a woman identified as Cherish Sharmaine Interior who physically assaulted him during a road rage incident along Visayas Avenue, Quezon City yesterday.

He filed physical injury and damage to property against the suspect ,Interior work in a Business Process Outsourcing (BPO). 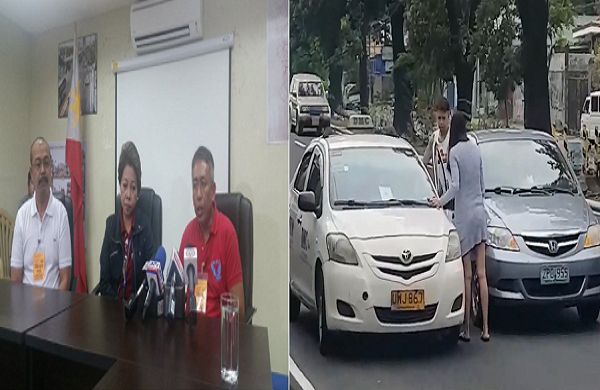 The suspect might also pay for the damages that she did to the car of Mang Virgilio.

In an interview posted by netizen Gilbert Jarino Manalili, Mang Virgilio said that he already apologized to the couple, but he was shocked that despite of his apology, the suspect still attacked him while he’s inside his taxi.


He said that Interior smashed his car and after that the suspect started to assault him.


Virgilio also confirmed that the man who was with Interior in the viral video is her husband.


In the video it shows that the the husband of the suspect didn’t even try to stop his wife from assaulting the complainant.


The taxi driver also explained why he go out of his car after being slapped several times by the suspect.


According to him, his blood pressure goes up and became dizzy for being physically assaulted by the girl.


He’s also having some difficulties in walking and talking because he suffered stroke 10 times, but despite of his condition, he said that he can still drive normally.


Doctor thanked the people who helped him after the road rage incident.


Manalili also claimed that the LTO registration of the suspect is already expired.


As of writing, Ms. Interior is still not giving any comments on the case filed by Mang Virgilio against her.