The distribution of 153 CLOAs held at the Bella Plaza in San Sebastian in Tarlac City was led by Agrarian Reform Secretary John R. Castriciones on  January 31.  The CLOAs covered a total of 135 hectares of agricultural lands.

Among the recipients are farmer, beneficiaries from the municipalities of Anao, Moncada, San Manuel, Victoria, San Jose, Tarlac City, Capas and Concepcion, all in the province of Tarlac.

“The process of distributing lands to the landless farmers is just the first step toward attaining a real change in the lives of the beneficiaries,” Castriciones said in a statement.

He also emphasized the thrust of the Duterte administration is to liberate the poor farmers in the country from the bondage of tenancy and poverty. 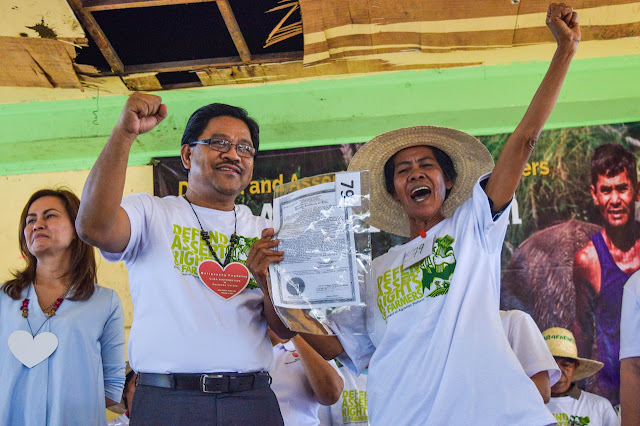 At present, the province of Tarlac has a total of 124 DAR-assisted farmers’ organizations. Castriciones hopes to institutionalize housing, livelihood and scholarship programs for the farmers’ wives or husbands and their children so that Comprehensive Agrarian Reform Program beneficiaries will no longer have to pawn their CLOAs to fund the basic needs of their family.

Sports Car Owned By CBCP Crashes In Front Of Mosque

Pope Francis condemns churches turning into businesses, ‘It is scandalous’